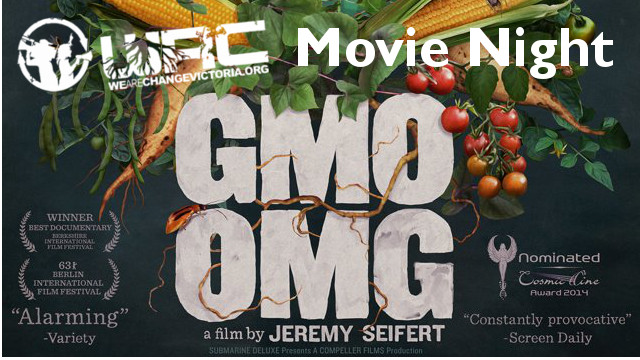 The film GMO OMG, released in 2011 follows one fathers attempt to find out about what we are actually eating in our food, and the implications of consuming genetically altered food. After having children, Jeremy Seifert became increasing conscious about what he was feeding his family, and decided to set out on a journey to find out everything there is to know about GMOs or genetically modified organisms. All the while, filming and directing his independent film GMO OMG.

GMO OMG is a documentary that seeks to identify what GMOs are and why they are problematic to both humans and the environment. The film is both expository and participatory in nature. Expository as the filmmaker speaks to the audience directly throughout the length of the film both on screen and through narration. This expository modality works throughout the film to create a rapport between the filmmaker Seifert and the viewer that creates an ethos between the filmmaker and the viewer. Furthermore throughout the film Seifert is seen interacting with his children, furthering this ethos of the narrator as a person of high moral character fighting the capitalist monster that is GMOs. Moreover, the film is one that is of the participatory mode of documentary as there is a large number of interviews with professionals in the agriculture industry who deal with GMOs. Farmers, scientists, and food specialists all give their opinions with GMOs. The film lacks serious antagonist interviews as corporations who use GMO products generally decline interviews so as to avoid bad press. Overall, the film is mostly on-sided, however the information presented throughout the film creates a strong enough argument to draw the uninformed viewer on to the anti-GMO front.

Prior to viewing this film, I would consider myself somewhat informed on the issues of GMOs but after the film I feel much more informed as to what GMOs are. I believe that this film does a very good job of informing the average viewer about GMOs, in an lighthearted, appealing way. This film is interconnected with other environmental texts as well, for instance the 2014 film Dam Nation. Dam Nation is a piece that examines the environmental significance of dams throughout the United States, especially the impact on fish which cannot reach their spawning dams without climbing through fish ladders. Because this can be a difficult task, fish farms throughout the United States raise fish to be released upstream where fish born in the wild may not be able to reach, in an attempt to stabilize the fish numbers in an ecosystem. However, as these fish are raised, they are fed a fish food pellet made with GMO corn. Thereby without warning, these ‘wild’ fish become GMO fish.

Furthermore, the film challenges the notion that GMO food will help to end the world wide hunger crisis, as through simple data it is proven that the world has enough resources to feed the world organically, if only people and governments are willing to make changes to the agricultural industry.

This film is on Netflix for those subscribed, and is definitely worth a watch if you want to learn more about GMOs.

The Photography of David Maisel
Comments