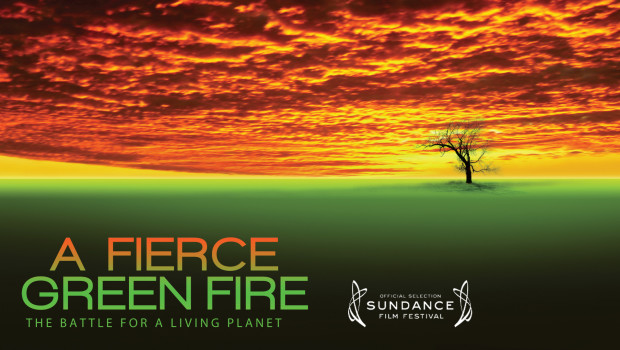 Mark Kitchell produced and directed the 2012 documentary, A Fierce Green Fire that explores different environmental movements and groups around the world. Produced by Bull Frog Films, the film takes a look at different movements regarding the environment within the past 50 years all over the world. It is split up into five different acts, each of which progress in a somewhat chronological order. Kitchell takes the first act to look act the organization of the Sierra club and its early battle in the 60’s with dams and the Grand Canyon. Act 2 focuses on pollution and the 70’s era of Love Canal where a town in New York is overcome with over 20,000 toxic chemicals as its residents try and find resolution with the government. Act 3 is about the environmental organization Greenpeace and their fight to save the whales while Act 4 follows with deforestation in the 80’s and activist Chico Mendez. Act 5 finishes the film by looking at climate change and natural disasters. Overall, the film created a brief history of environmentalism and its’ activists.

This film in particular had a very positive outlook at environmental activism. The upbeat music and ambitious montages were meant to serve the film as inspiring. A particular strength of this documentary was the fact that it was split up into five different acts. The film was nicely strung together with each act and without the separation, would have just looked poorly organized. The diversity of each act worked in the film’s favor because the audience had the chance to see different types of activism in different eras. Ultimately A Fierce Green Fire is meant to observe the activist history in environmentalism and throughout the acts, it achieved that. The first three acts proved to be particularly strong with movements like Love Canal, which viewed one of the bigger environmental issues of the 70’s and groups like Greenpeace which shed light on issues like whaling and sealing that are not commonly known to the public. The last two acts weren’t as strong as they created more distant issues that didn’t prove quite as strong as the other acts but important nonetheless.

Kitchell and his crew stay behind the camera and leave it to the subjects to tell their stories. This is very much unlike the documentary DamNation we watched as a class earlier in the year that used a series of voiceovers from the documentarians themselves as they went on an adventure to advocate the destruction of Dams. Likewise, in class we read Rachel Carson’s text Silent Spring and in Act 2 the film relates back to Carson’s text numerous times. Kitchell seems to have a stronger act when he has more of a solid, focused foundation.

Personally, this was my favorite film we have watched thus far. I thought many of the issues were strong and focused on the importance of activism. I liked how part of the underlying message of the film was that activism has been going on for decades and the need to advocate isn’t going to go away any time soon. I find that this film was so incredibly different than many of the other films we have watched. This film wasn’t one that made me feel badly about issues I may not have any control over and it also didn’t involve a resolution. But it did show the effects of activism and how people are reacting to environmentalism around the globe and I find that this approach was far more successful in capturing my interest and ambition than the others. I thought it was a very realistic, upbeat approach to activism and its history.