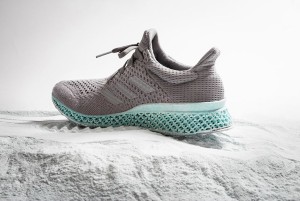 With all of the environmental discussions going on around the world lately, athletic company Adidas decided to join i
n. Recently the brand created a running shoe out of recycled materials from the ocean.  Partnering with the environmental group Parley for the Oceans, Adidas began collecting waste for the shoes back in April. According to takepart.com, between 10 billion and 28 billion tons of plastic were released into the ocean in 2010. By creating this sustainable shoe, Adidas has high hopes that this will be the shoe of the future.