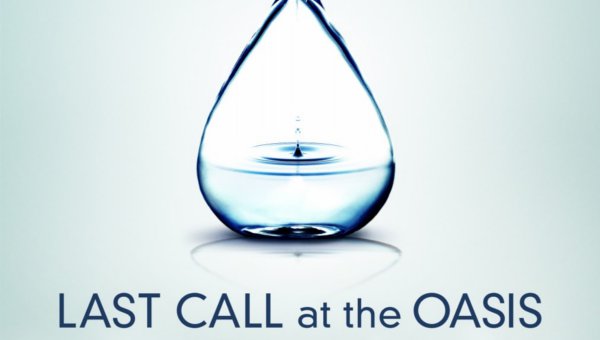 Last Call at the Oasis Response

Rarely will you hear me rave about the opening credits of a film, but the evocative nature of the images of water presented by Jessica Yu start this movie with the proper imagery: the preciousness off water as a pristine, natural resource has been threatened, and the time for a call to actions has nearly passed. That the Hoover Dam and Las Vegas expansion issue becomes relevant so early in the film, especially considering the rather controversial statements put forth with the proposal of a pipeline to preserve said constructions, becomes a powerful device for the audience by an ultimate portrayal of fairly complicated issue. The ethical question proposed with the anxieties compared in the town that will be afflicted by the pipeline and the overseer of the pipeline proposal remains one of the most famous ethical dilemmas today, portraying the situation as not one of right and wrong (we obviously do not want to make an objective decision between the lives of people) but one of “how can we solve the issue creating the issue?” Especially at a time when it has become increasingly easy to get swept up in the countercultural movements of our age, I am relieved to see such a methodology of problem-solving employed, as I hope my peers, naturally, question their own assumptions that could potentially be detrimental, even if, at heart, driven by an environmental cause.

When I say assumptions I, of course, mean a whole broad range of social interactions we take for granted, which is why I found the piece on bottled water so interesting. It is no secret that bottled water has become an issue that has plagued our landfills, shorelines, and even the biological makeup of the public now, but the solutions just one company attempts to advance on the public is an entirely sensible and already functioning model else wise in the world: recycled sewage water. While some of my peers felt this section to be silly in with an association to Jack Black, this association, however, I found fairly inspiring. As we look towards educating people in the future we cannot use brutal honesty; the environmental issue has progressed into such a depressing state that some intermediary needs to manage this interaction. Utilizing the principles of marketing, and questioning how we can make something reputable, how we can eliminate stigma, how do we face the consumer, and, simply, how can we sell as many of these bottles as possible, remains a vital tool to us as content creators and environmental missionaries.

Ultimately, I walk away from this film not pointing my finger at some target from an hour and a half of the blame game on the big screen, but with gained knowledge and facts of valuable information to draw my own relative conclusions. The plethora of reliable and noteworthy faces attempting to reduce this disaster over the past couple decades point towards a drive to correct the issue, rather than find a culprit. I would argue that, in large, much of the environmental movement could benefit from this approach, and should be adopted as we look towards making a mass movement.