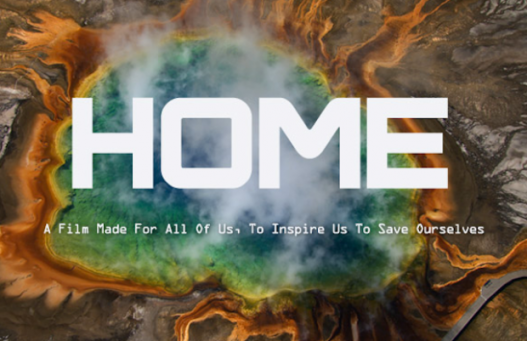 Home, directed by Yaan Arthus-Bertrand, is an aesthetically breath-taking expository documentary that examines the many contributions of mankind that effect, and ultimately damage the Earth’s delicate ecosystem. Released in July 2009 by Europa Corp., Home stresses that all of Earth’s environmental man-made troubles are interconnected. The incredible cinematography keeps the viewer engaged for all 90 minutes of run time, during which Glenn Close, the narrator, identifies and assesses issues that range between clean water scarcity, global warming, agriculture practices, and deforestation. 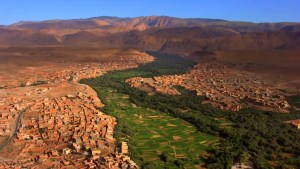 While there are no formal interviews with experts or affected locals, Home chronicles the history of industrial and manufacturing practices of humans, and the various domestic and international crises that follow as a result. The footage is no doubt one of the highlights of this film, as it captures the vastness and extraordinarily complex system of life on Earth. The shots cover a diverse presentation of open and isolated landscapes, as well as congested and monopolized urban areas. These elements effectively connect to the viewer on a personal level, and also address issues that are not exclusive to just one country, or even one continent.

Despite being just over six years old, the documentary is exceptionally educational, inspirational, and relevant to today’s audiences and subject matter, as it stresses the importance of acting now rather than later. The issues discussed in this documentary coincide with the readings assigned to this course so far, such as climate change and pollution, and is moderately reminiscent of the documentary Lucent when it focuses on the terribly inhumane conditions of slaughter farms. While none of the information presented is earth-shatteringly new, the cinematography is what sets it apart. Overall the message of this documentary was conveyed extremely well from beginning to end. It is saddening to see that one species could cause so much destruction in so little time. From the information given, and the slightly accusatory tone in which it was delivered, it portrays the human race as nothing more than a parasite that strips away finite resources at the expense of its cohabitants. Toward the end, however, the heavy and depressing tone rises to a more optimistic and “all is not lost” attitude, and encourages the modification of existing production and consumption techniques to lessen the net impact on the environment. The film also exhibits some worldwide efforts of major corporations to adopt more sustainably friendly practices, which brings positive motivation and hope to the viewer.

There is, however, one critique in  which a slight irony exists due to the fact that this film was sponsored and supported by many large, high-end corporations who are, more likely than not, guilty of contributing to the environmental crisis. In one way or another, these companies have exhibited irresponsibility through inefficient industrial production means, resource waste, and the like. It is because of this that the documentary fails to address capitalistic greed and exploitation, which is a major contributor to the exhaustion of such resources and the planet’s overall health. Despite this, however, the overall message was received loud and clear, and leaves the viewer pondering his/her own role in humanity’s involvement by saving or destroying what remains of planet Earth.